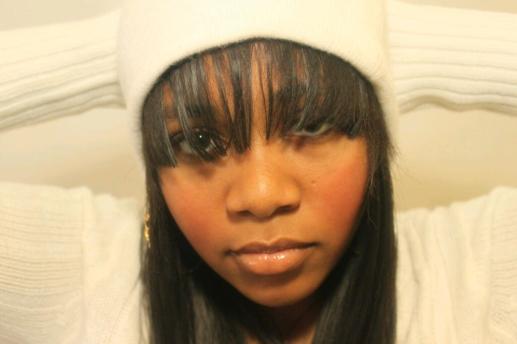 In a historically male dominated industry, female MC’s have had a tough go trying to find their place in the spotlight.Keysha, born and raised in Toronto, Canada, has been able to make not only a name for herself, but a statement as well.

Also known as Keysha Freshh, the talented artist has been honing her mic skills in an attempt to make her mark in the music industry.Since age five when she penned her first song which was published in a local newspaper, Keysha has been singing at events across the Greater Toronto Area.She has performed the Canadian anthem at several community events and was a member of the popular Toronto Children’s choir (TC3).With the encouragement of Canadian hip-hop and R & B producer T-Minus, Keysha’s first full-length rap song, Pardon my Swag, was released on August 8, 2008 (ironically, 8 is Keysha’s favorite number).The following year, Keysha – who enjoys writing – penned several songs and in 2010, released her first single, Hollywood Fresh, which received significant airplay on commercial radio stations. A few months later, the video and remix for Hollywood Fresh was released, both of which featured a cameo & verse from popular American hip-hop artist MIMS.  Another single, Make it Look Easy, featuring Bassline & JB (a project put together by P-Reign) was instantly picked up by commercial radio stations, making Keysha the youngest Canadian female artists to have three songs in 12 months on the airwaves.In the past two years, Keysha has collaborated with several top artists, including Doug E Fresh who is considered the pioneer of 20th century American beatboxing, Mims, P-Reign, Darryl Riley, The Rezza Brothers and Ray Robinson.

With two mix tapes, one Demo an EP and 2 front-page magazine covers, accumulated in just four years, Keysha is well on her way to stardom.She recently started an awareness outreach initiative – KeysFORAutism — which uses social media to raise awareness about kids living with autism and an online blog – SpottedFreshh — which is an urban site that showcases events, videos, music, albums and youth talent.

Keysha is the youngest of 3, she has two older brothers Dewayne “Dj” Fanfair, who was a producer at CTV and Earvin “Gotti” Fanfair who is a graphic arts designer(done work for Dj Green Lantern and Big Page) . Keysha is of Guyanese decent. Her mother Des does events planning, and her Father is award winning Journalist Ron Fanfair who writes for the Share news paper, Canadas leading Caribbean news paper. Keysha was exposed to music at an early age, traveling to the studio with her older cousin, who at the time was an up-coming singer. Keysha is a Seneca College Of Applied Arts graduate as of October 2012.

This is Keysha was Keysha’s first compilation, which consisted of 4 songs, Hollywood Fresh, Lets Ride, International and Broadway. This was distributed only in America, during the time Keysha Spent there shooting her music video.

Family Affair was Keysha’s first mixtape which consisted for 22 songs, hosted by DJ Mel Boogie. This mixtape included songs such as Hollywood Fresh + The remix with MIMS.

Ran$om is Keysha’s second mixtape compiled of 8 songs, 2 originals. This mixtape only has 3 features. (Rich London D-Bonez and Tommy SPITZ) Keysha refers to this mixtape sometimes as a “Pre-Tape”.

Hollywood Fresh music video was entirely shot in New York. Some scenes were filmed at Doug E. Fresh’s home, Fredrick Douglass Blvd in Manhattan, and right in front of the world famous Apollo theater. The scene in the video where Keysha accepts a bag of clothes from a man (Phil Pabon who has done costume work for movies such as Shottas) was shot on the 66th floor of the Empire State Building inside the Married to the Mob (MTTM) head quarters. Throughout the video you can see Keysha in MTTM clothing. MIMS (this is why im hot) made a guest appearance in the video as well, which lead to him being on the remix.